The Wuliang Cultural Forum was held on the sidelines of the 5th Silk Road (Dunhuang) International Cultural Expo and the 10th Dunhuang Tour - Silk Road International Tourism Festival in the international exhibition and convention center of Dunhuang, a city of northwest China's Gansu province, on September 24.

Wuliang culture refers to the splendid culture created by five successive regional regimes or kingdoms, all named Liang, headquartered in the western region of Gansu during the period of the Eastern Jin Dynasty and the 16 Kingdoms (304-439). It is a representative culture among the diverse cultures to the west of the Yellow River in Chinese history and an important component of Chinese culture.

Wuliang culture has played an important role in the promotion of traditional fine Chinese culture, ethnic unity and cultural exchange between the east and the west. It has also witnessed the birth and development of the glorious culture associated with the Silk Road in history and provided Gansu with fertile soil for culture-driven innovation and development.

The cultural forum was designed to further uncover relevant cultural resources, explore the importance of Wuliang culture in the exchange and integration of diverse cultures and the transformation of civilizations along the ancient Silk Road, promote cultural exchange and integrated development between culture and tourism, expand the reputation and influence of Wuwei, enhance cultural confidence, and facilitate the industrial development of the local cultural and tourism sectors. 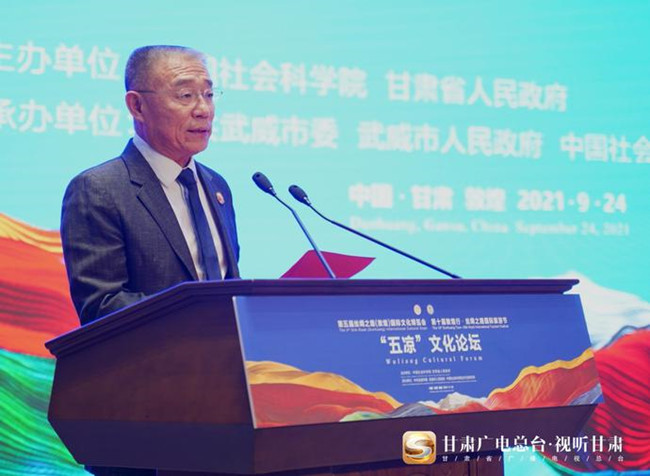 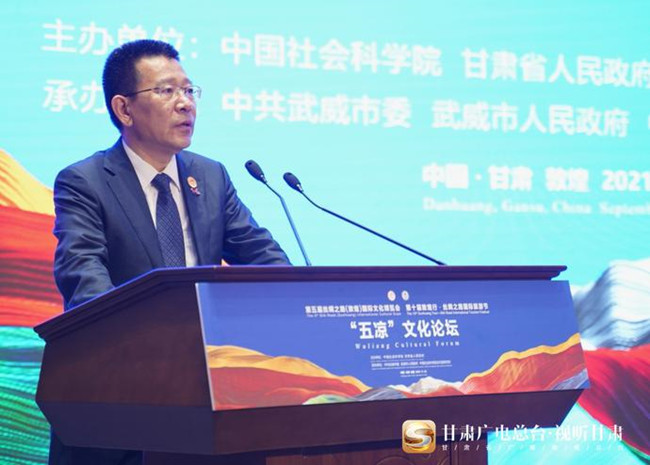 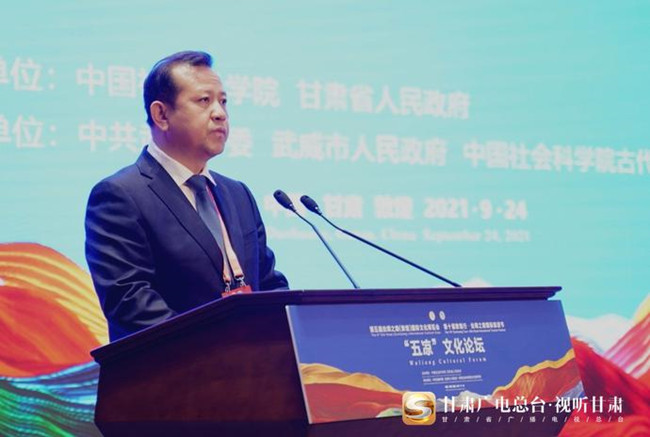 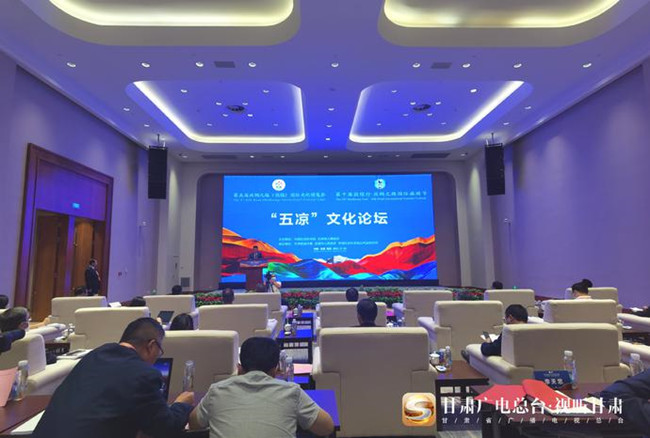 The Wuliang Cultural Forum is held in the international exhibition and convention center of Dunhuang, a city of northwest China's Gansu province, on September 24. [Photo/Gansu Broadcasting Group]