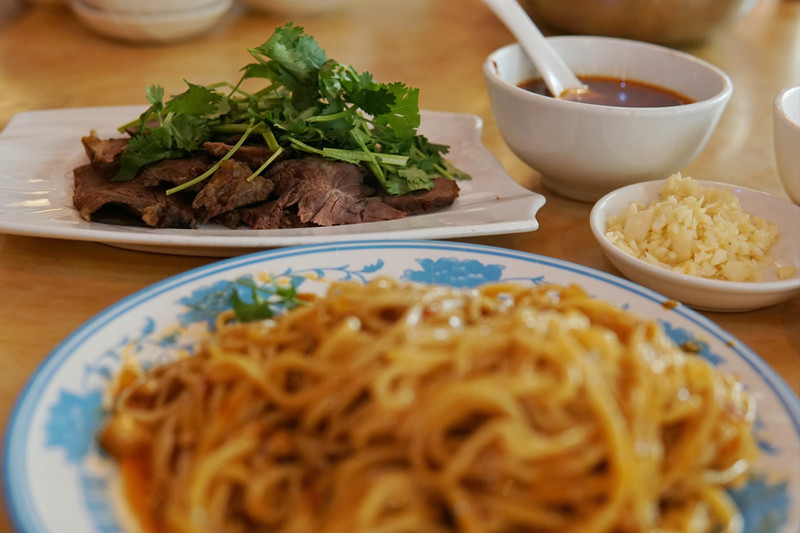 This special dish, primarily made using donkey meat and handmade noodles, has enjoyed great popularity among local people. It is believed that the folk dish, which originated from the Tang Dynasty (618-907), has shown a strong efficacy in invigorating "Qi" (a vital energy helping the body to maintain health), nourishing human blood, making people energetic and thus improving their health, as expounded by the Chinese proverb that says "Dragon meat in the sky and donkey meat on the ground."

Local people often say that one should eat donkey meat and taste nutritional soup if he or she wants to live a longer and healthier life.

The cuisine has enjoyed rising popularity among tourists from home and abroad, since China adopted reform and opening-up policies in 1978.

Dunhuang-style Lamian (hand-pulled noddles) has a history of over 1,000 years, with the evidence that it was portrayed in a mural, created in the late 10th century of the Song Dynasty (960-1279), in the Mogao Grottoes in Dunhuang.